Blog / How you get ideas is often by not trying

How you get ideas is often by not trying 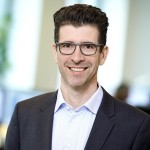 I have been a part of the MicroConf (www.microconf.com) and “Startups for the rest of us” crowd for a few years and because of that, I had 5x the revenue I get from my TSR Watermarker.

That increase did not make me satisfied, I still wanted to be part of the SaaS crowd, creating and making money on a monthly recurring basis, I had explored a few ideas, one was an electronic loyalty card, but nothing that made it even remotely possible for me to reach SaaS nirvana.

December 1’st we started building SpaceTimeHQ – a time tracking app that was (and still is) supposed to make it fun to track time.

While we started to build, I started to talk to a few potential customers about it, without getting any hot replies or interest in being a customer – mostly I got “sounds nice” or “could be interesting”

Through December I noticed that there was one thing missing from my consultancy business, and January 5’th I introduced the Manifesto to my employees plus some minor changes in how we worked.

That actually was the day TimeBlock was born – but it took until February 6’th before I made any real notice of the method, of the fact that the way we do business is something special and it was February 6’th I finally realized that I had stumbled upon something that was much more “me”, much more interesting, much more worth my time and had much more potential.

So to be honest it feels mostly like the method found me and I am more of a delivery messenger than the person who invented it.